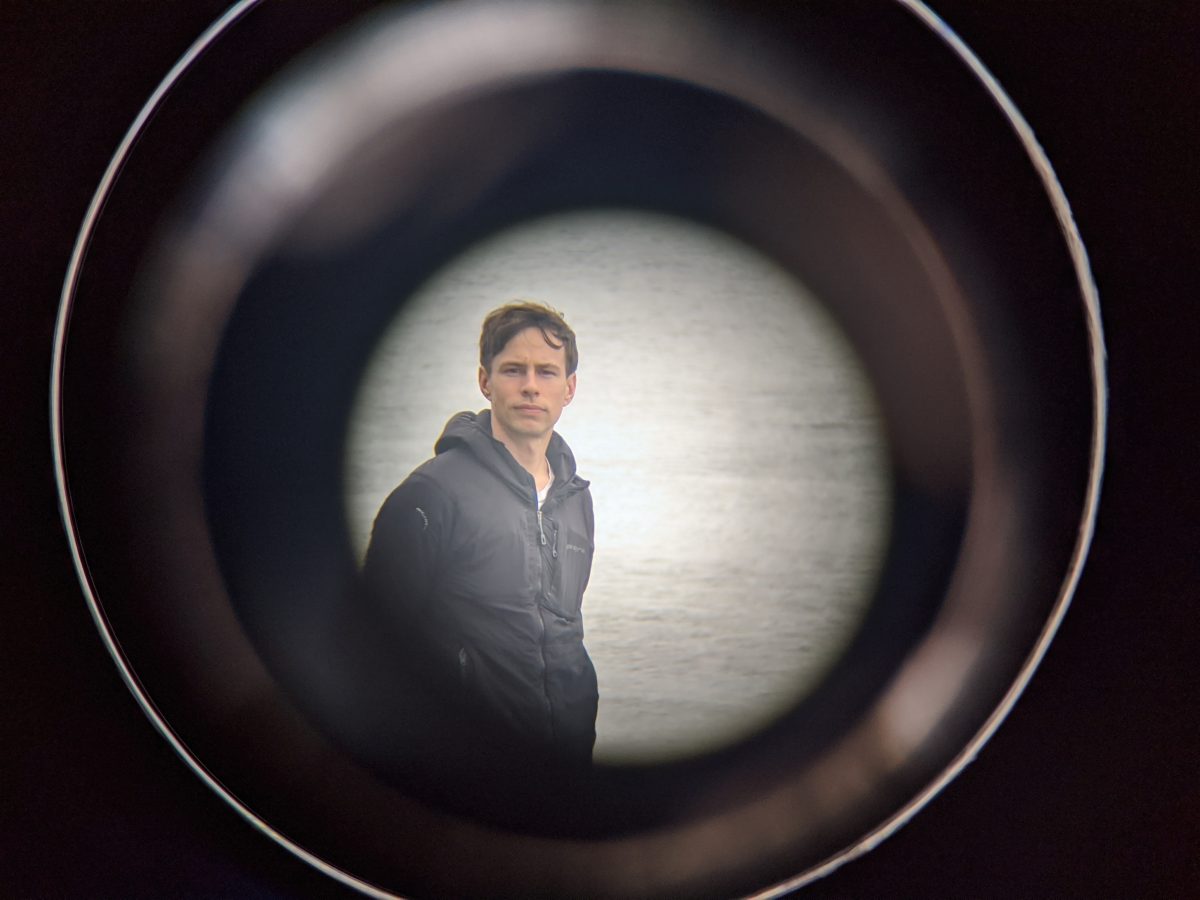 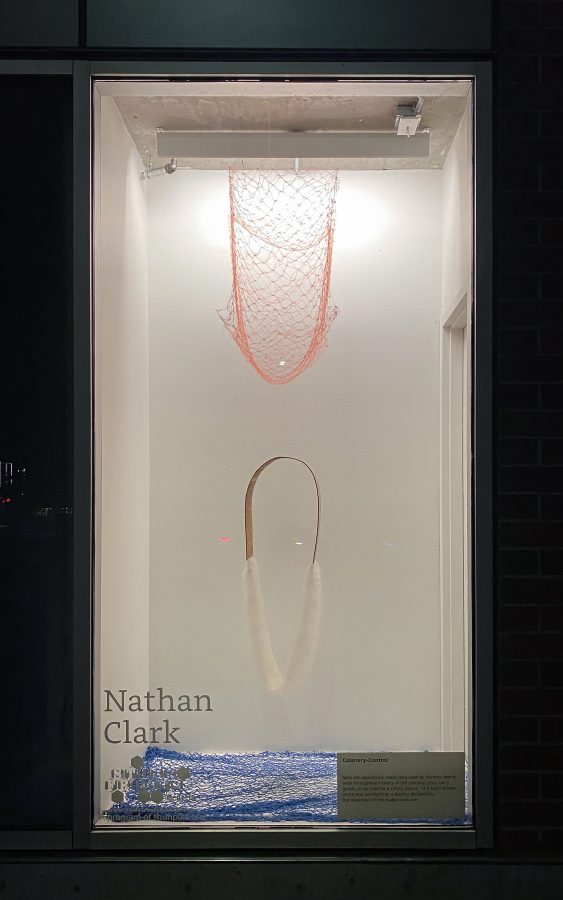 ARTIST STATEMENT
Nets are ubiquitous, made and used by humans worldwide throughout history. A net can trap prey, carry goods, or be used as a safety device – it is both threatening and comforting, a duality dictated by the intention of the maker and user.

ARTIST BIO: Born in Olympia, WA, Nate Clark received his BFA in photography and painting from the University of Nevada, Reno in 2010. The open spaces and public lands of Northern Nevada became a strong influence on his paintings and process. After living in the Great Basin for ten years, Clark moved to Seattle in 2016 to pursue an MFA in painting and drawing at the University of Washington, graduating in 2018. His graduate work shifted from painting to sculpture; he began tying nets as a means of embodying the mark-making process developed in his paintings. Net-tying relates to a childhood obsession with knitting and crocheting, some of the many crafts practiced with his grandmother. Clark currently lives on Vashon Island and teaches Art 101 as an Adjunct Faculty Member at the University of Puget sound while working as the Studio Technician for the Art Department. He also works as studio assistant for his mentor, Denzil Hurley, UW professor emeritus. Clark has work in the permanent collections of The Sierra Arts Foundation, Nevada State College, The University of Nevada, Reno, and Isle Royale National Park.

Back to Storefronts Archive