Want help managing your arts business, project, or creative enterprise? Providing arts business advice has been a cornerstone of Shunpike’s services for independent artists and art groups since the organization was established in 2001. Whether you have questions about the relative benefit of different organizational structures, or want to learn more about fundraising, marketing, board development, money management, or event planning – Shunpike is a reliable, practical, and affordable resource. Shunpike offers two entry points for accessing arts business advice from seasoned arts professionals.

Shunpike’s Arts Business Clinics invite professionals in the field to present on arts business topics from marketing and branding, to event fundraising, to strategic planning. This is a great way to gain valuable information and ask questions that are specific to your goals.

Clinics are FREE (with donations welcome) and open to the public. All clinics are from 6-8pm, and attendees are asked to register in advance.

Arts Business Dates give you the opportunity to consult with one of Shunpike’s Arts Advisors, in a mutually convenient location, and a mutually convenient time. On your ‘date’ you have the opportunity to discuss your arts business challenges with an experienced arts professional and ask questions specific to your arts project or creative enterprise. Each date gets you a dedicated 30 minutes from your allocated advisor.

In return you pay $20, non-refundable, booking fee (payable to Shunpike), and agree to buy a hot drink for your advisors (maybe even a cookie!). To book your Arts Business Date email info@shunpike.org. 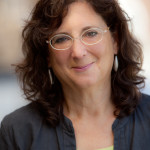 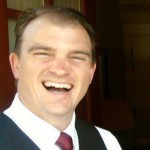 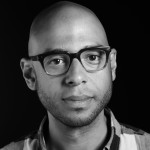 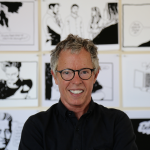 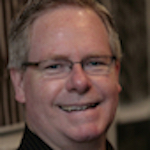 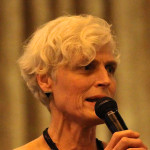 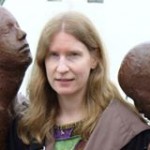 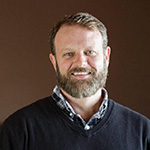 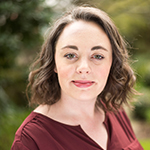 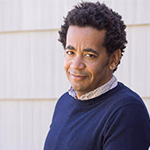 Tim is the executive director of the Vera Project, an organization that fuels personal & community transformation through collaborative, youth‐driven engagement in music and art. Prior to joining Vera, Tim worked at the Office of Arts & Culture on a variety of events and special projects, and helped program the Next 50 at Seattle Center, the Bumbershoot festival, the Family 4th of July and more. Tim serves on the Seattle Music Commission and is a member of Leadership Tomorrow’s curriculum cmte.

Ted Leonhardt empowers creatives to ask for and get the wages they deserve. Through decades as a creative himself — including building his brand agency The Leonhardt Group, and working as Global Creative Director for FITCH Worldwide — Ted developed a negotiation style that leverages creatives’ emotions and insights. His specialized approach to negotiation for creatives has been featured in Fast Company, Communication Arts, HOW Design, and other publications. He is the author of Nail It: Stories.

Claudia Bach works with artists, public and nonprofit organizations, communities, and cross-sector initiatives to advance informed, imaginative and purposeful change in the creative sector. Her work focuses on planning, research, strategy development and training that stimulates new perspectives and generates effective action. She is an adjunct for SU’s MFA in Arts Leadership, developed 501 Common’s Springboard, and works with a broad range of local and national clients.

Andy is committed to making art and artists integral to creating solutions to our city’s needs. He is currently the Central Area Director with the Seattle Council of PTSAs, and serves on the Legislative Committee for the WA State PTSA. He has held Civic Engagement positions at Seattle Public Theatre, and Theatre Puget Sound. He has taught, produced, and directed theatre in Seattle, and is a proud UW School of Drama alum. He was previously Education Administrative Manager at Seattle Children’s Theatre, PR Coordinator and Studio Director at On the Boards, and Marketing Director for Book-It Repertory Theatre and 14/48: the World’s Quickest Theater Festival.

Kevin K. Maifeld is the Founding Director and Professor of the Master of Fine Arts in Arts Leadership program at Seattle University. He previously served as the Managing Director of the Seattle Children’s Theatre from 2001 to 2007. Before moving to Seattle, Kevin served, for seven years, as the Managing Director of the Alabama Shakespeare Festival and was Co-Chair of the Theatre Management/Master of Fine Arts Program at the University of Alabama.

Katy Hannigan is an entrepreneur, numbers nerd, always-curious consultant, and hardcore supporter of artists and small arts organizations. She runs Thread Support, which provides financial support and strategy, business consulting, strategic program support, and more to arts nonprofits and creative businesses. Katy is also the co-founder of White Center CoWorking, a small community office and events space serving entrepreneurs and small business owners in her home neighborhood. Through years of working directly with artists and creative small businesses in a nonprofit setting, Katy discovered a love of the administrative & strategic side of creative work. With experience organizing finances for small art organizations (in her time as a Shunpike staffer & beyond), complex program and project management, interest in research consulting, and a love of all things data, she is well-versed in the complexities of making a creative business work.

Claudia is Executive Director of Coyote Central, a Seattle non-profit that engages professional artists with young teens. Her other arts management positions have included Managing Director of the Musical Theatre Lab in NYC, Business Manager of the Empty Space Theatre, and manager of a rural theater company in the hollers of West Virginia. She has a B.A. from Yale and a Ph.D. in music from the University of Maryland, and was a Music Specialist at the Library of Congress in the 1990’s.

Nicole is originally from the Minneapolis area where her love of the arts was developed through formative experiences at the Walker Art Center, Children’s Theatre Company at the Minneapolis Institute of Art and the Guthrie Theater. She is a lifetime arts patron, supporter, volunteer and advocate. Nicole has a BS in Economics from the University of Pennsylvania’s Wharton School, an MBA from the University of Washington and a certificate in Nonprofit Management from the University of Washington. She spent over 20 years at Weyerhaeuser in strategic planning and finance roles. She is currently Board President of Shunpike and also serves on the boards of Artist Trust, Annex Theatre, Macha Theatre Works and 14/48 Projects.

Corey is the founder and producing artistic director of Seattle’s Theatre22.  He is an award-winning director, actor, producer, teaching artist and voiceover professional. Originally from Texas, his career began as a dancer with the Lone Star Ballet. As an actor, he has worked throughout the US and internationally with credits ranging from stage to television to the big screen. His performance experiences have placed him in such reputable arenas as the Fox Theatres, the Hollywood Bowl, Theatro Sistina in Rome, and the Metropolitan Opera House of NYC. As a director, Corey has staged a wide variety of productions throughout Southern California, Japan, and the Puget Sound Region. His most recent director credits include The Merry Wives of Windsor with WoodenO / Seattle Shakespeare Company, Treasure Island with Book-It Repertory Theatre, Sister Act the Musical, Bonnie and Clyde, and Naomi Izuka’s Good Kids at Cornish College of the Arts, Burn This, The Pride, Wizzer Pizzer, and The Hours of Life for Theatre22, Julius Caesar with Island Shakespeare Festival, The Wild Party for Sound Theatre Company and Fallen Angels at Theater Schmeater. While working as a touring dancer for pre-Broadway Disney Theatricals and Buena Vista, he doubled as an on-set acting coach for teens and young adults in Hollywood. He was a director and assistant choreographer for Children’s Theatre Experience (CTE) for seven years, working with young performers throughout Southern California. Corey aided in the creation of the professional actor training programs at The Actors Spot and Warner Laughlin Studios, where he continued on as a staff instructor. Corey has spent numerous years overseas performing and sharing American arts educational programs with foreign countries. He has directed, performed, and taught in Chihuahua & Mexico City, Mexico, Toronto, Canada, Rome, Italy, Tokyo, Osaka, Kyoto and Nagoya, Japan, and Sao Paulo, Brazil. Since moving to Seattle, Corey has also worked with several local companies in PR, development, and marketing. He spent two and half years as the education director for GreenStage prior to stepping into the role of interim Artistic Director at SSR in September of 2011. He is also a co-founder and past  Chair of the TPS Gregory Awards.

Shawn is an arts professional based in Seattle, WA with a focus on communications, project management, and advocacy. She received an MFA in Arts Leadership from Seattle University and a BA in Theatre Arts with a concentration in Acting from Western Washington University. She was a founding member of the now-shuttered devised theatre collective which focused on creating new theatre works through collaboration. She has worked with a variety of organizations in the area, including Cultural Access WA, Culture PAC, Pottery Northwest, TeenTix, and ACT. Shawn currently works as an independent consultant and project manager, as well as the Marketing Coordinator for Bainbridge Island Museum of Art.

James Miles is originally from Chicago and moved to Seattle from Brooklyn, NY where he worked as an artist and educator for the past 20 years. Before joining Seattle-based Arts Corps as Executive Director, he was the Director of Education at Urban Arts Partnership, in New York City, where he created the Fresh Education program that used original hip hop music and theatre to boost academic success in middle school ELA and Social Studies classrooms. The music, supplemented by the curriculum guide aligned to the Common Core that he designed, Fresh Education has been used around the world, and led to the creation of the organization, CodeSCTY, which teaches coding, through hip hop music, theatre exercises, and gaming. He remains an educational consultant for that organization.